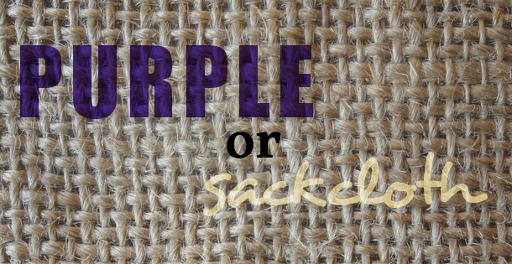 Introduction to the Season of Lent

Lent is a solemn observance in the liturgical year of many Christian denominations, lasting for a period of approximately six weeks leading up to Easter Sunday. In the general Latin-rite and most Western denominations Lent is taken to run from Ash Wednesday to Maundy Thursday (Holy Thursday) morning or to Easter Eve.

The traditional purpose of Lent is the preparation of the believer through prayer, penance, repentance, almsgiving and self-denial. Its institutional purpose is heightened in the annual commemoration of Holy Week marking the death, burial and resurrection of Jesus, which recalls the events of the Bible when Jesus is crucified on Good Friday, which then culminates in the celebration on Easter Sunday of the Resurrection of Jesus Christ.

During Lent, many of the faithful commit to fasting or giving up certain types of luxuries as a form of penitence. The Stations of the Cross, a devotional commemoration of Christ’s carrying the Cross and of his execution, are often observed.

Lent is traditionally described as lasting for forty days, in commemoration of the forty days which, according to the Gospels of Matthew, Mark and Luke, Jesus spent fasting in the desert before the beginning of his public ministry where he endured temptation by the Devil. However, different Christian denominations calculate the forty days of Lent differently. In most Western traditions the Sundays are not counted as part of Lent; thus the period from Ash Wednesday until Easter consists of 40 days when the Sundays are excluded.

Lent may originally have followed Epiphany, just as Jesus’ sojourn in the wilderness followed immediately on his baptism, but it soon became firmly attached to Easter, as the principal occasion for baptism and for the reconciliation of those who had been excluded from the Church’s fellowship for apostasy or serious faults. This history explains the characteristic notes of Lent – self-examination, penitence, self-denial, study, and preparation for Easter, to which almsgiving has traditionally been added.

Now is the healing time decreed for sins of heart and word and deed,
when we in humble fear record the wrong that we have done the Lord. 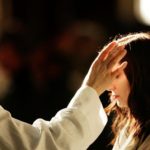 As the candidates for baptism were instructed in Christian faith, and as penitents prepared themselves, through fasting and penance, to be readmitted to communion, the whole Christian community was invited to join them in the process of study and repentance, the extension of which over forty days would remind them of the forty days that Jesus spent in the wilderness, being tested by Satan. Ashes are an ancient sign of penitence; from the middle ages it became the custom to begin Lent by being marked in ash with the sign of the cross. The calculation of the forty days has varied considerably in Christian history. It is now usual in the West to count them continuously to the end of Holy Week (not including Sundays), so beginning Lent on the sixth Wednesday before Easter, Ash Wednesday. Liturgical dress is the simplest possible. Churches are kept bare of flowers and decoration. Gloria in excelsis is not used. The Fourth Sunday of Lent (Laetareor Refreshment Sunday) was allowed as a day of relief from the rigour of Lent, and the Feast of the Annunciation almost always falls in Lent; these breaks from austerity are the background to the modern observance of Mothering Sunday on the Fourth Sunday of Lent.

As Holy Week approaches, the atmosphere of the season darkens; the readings begin to anticipate the story of Christ’s suffering and death, and the reading of the Passion Narrative gave to the Fifth Sunday its name of Passion Sunday. There are many devotional exercises which may be used in Lent and Holy Week outside the set liturgy. The Stations of the Cross, made popular in the West by the Franciscans after they were granted custody of the Christian sites in the Holy Land, are the best known.